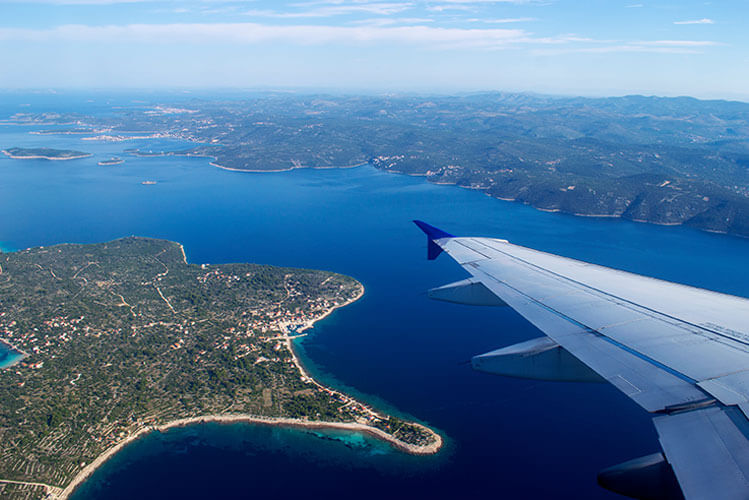 Croatia is known as a great transit hub connecting eastern and western Europe. Its geographical position enables various ways to reach Croatian soil. One of the most popular ones is definitely by air.

Flying to Croatia can be done via numerous airlines, from low-budget operators to exclusive charter flights.

Istria is the biggest Croatia peninsula situated in the north of the Adriatic Sea. Its Mediterranean climate makes it a top-rated destination for people from all over the world. It is well connected with the rest of Europe with a regular flying schedule or charter flights.

You can reach Istria via several airports:

Pula is the best option to reach Istria, with the airport located only 5 km away from the city of Pula. In 2019, Pula Airport had more than 770,000 passengers from 21 countries, 35 airlines, and 67 destinations.

Istria has an excellent traffic infrastructure, so you can reach different parts of the peninsula from Pula using various transport means.

Rijeka International Airport is actually situated on the island of Krk but built for tourists to easily reach Rijeka. It has the capacity of 1,000,000 passengers a year and operates during the whole year so that you can enjoy your stay in any season.

The city of Rijeka is just 25 km away (by car). Since the island is connected to the land via the Krk bridge (Krčki most), you can safely continue your travel to the Istrian coastline.

Airport Options For Travelling To Dalmatia

Many tourists fly to Croatia to witness the beauties of its coastline. It is a home of well-known cities such as Split and Dubrovnik, national parks Krka, Sjeverni Velebit, Kornati, Paklenica, and Plitvice Lakes, exquisite islands, and river canyons.

You can reach all those destinations by using four airports that connect Dalmatia to the rest of Croatia, Europe, and the world.

The airport in Split is the second busiest airport in Croatia, with almost 3,5 million passengers welcomed in 2020. The airport is situated in Kaštel Štafilić, 25 km from Split and 7 km from Trogir.

With public bus transport, taxies, private chauffeur service and private marine operators, you can reach almost any part of Dalmatia when landing in Split.

Dubrovnik is a gem of the Croatian coastline, with millions of tourists visiting this ancient city. The airport in Čilipi (22 km away from the city of Dubrovnik) is the best way to get to Dubrovnik, Mljet National Park, Nature Park Lastovsko otočje, or the island of Korčula.

From Dubrovnik Airport, you can continue your journey via car, bus, taxi or private chauffeur service. It also has a rent-a-car option if you want to explore the Dubrovnik area on your own.

Located in the center of Dalmatia, Zadar Airport in Zemunik Donji is a great starting point for your Croatian adventure. Ugljan, Dugi Otok, and Pag are the closest islands to Zadar Airport, as well as other smaller but popular destinations - Petrčane, Zaton, Sveti Filip i Jakov, and Biograd na Moru.

If your final destination is in the central part of Dalmatia, Zadar is a great choice for flying to Croatia.

If you are looking to stay on the island of Brač or Hvar, the two biggest Croatian islands, try searching for flights to Brač Airport. It is a smaller airport equipped for greeting planes with up to 100 seats.

However, the plans for the future are bright since this airport has steadily modernized during the years and has big plans for expanding the airport capacities.

Although the Croatian seaside is much more famous than the continental part of the country, Croatia has a lot to offer in this segment, from mountains and rural tourism to a desert and wellness.

However, there are fewer options for flying to Croatia if you visit the continent. But since Croatia is not a big country, once you land in the capital in central Croatia, you can reach the east of the country in 2 hours by car or take a swim in the sea if you head west.

Osijek is the only airport available in Eastern Croatia. From there, you can head to Baranja, Srijem, or stay in Slavonija to enjoy fantastic food and outdoor activities surrounded by nature.

Osijek Airport can receive up to 200,000 passengers a year, and it is located 20 km from the city of Osijek.

The capital of Croatia, Zagreb, has the most prominent and busiest airport, which is directly connected to 46 destinations. Thirty airlines currently operate in the Zagreb Airport, and thanks to its central position, it is the ultimate airport option for flying to Croatia.

Rent-a-car, public transport such as bus operators and railways, private chauffeur service or transport apps are all available to people coming to Zagreb, and you can easily find connecting flights from Zagreb to the other Croatian airports mentioned above.

The Easiest Way For Travelling To Croatia: By Air, Land, And Sea 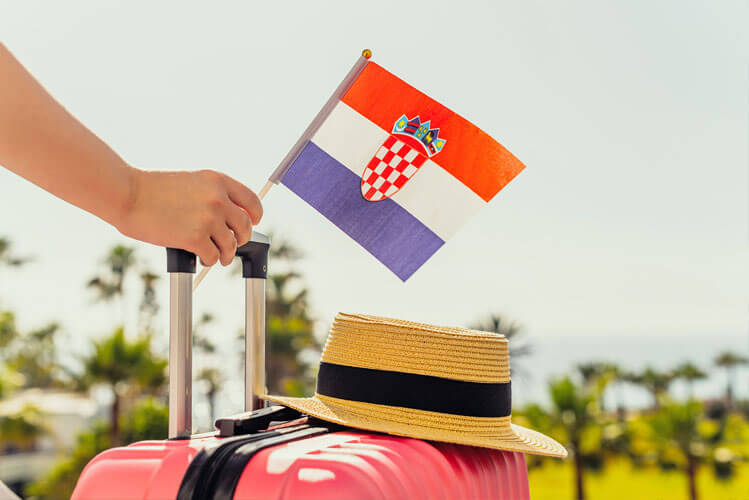 Covid Travel requirements in Croatia – what to expect in summer 2022 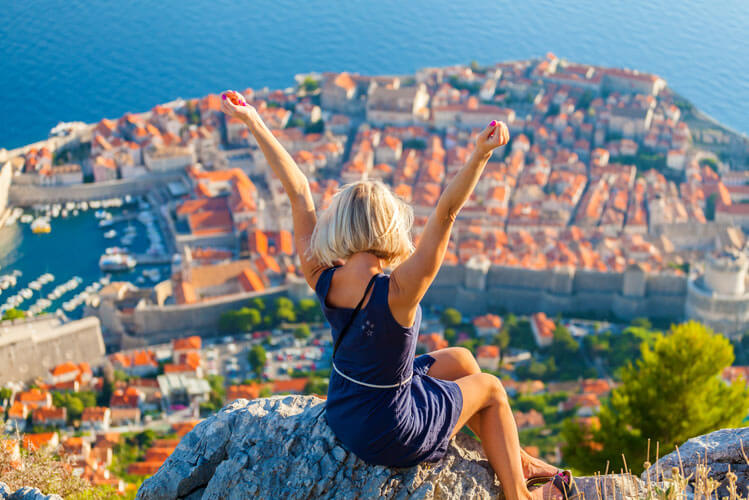 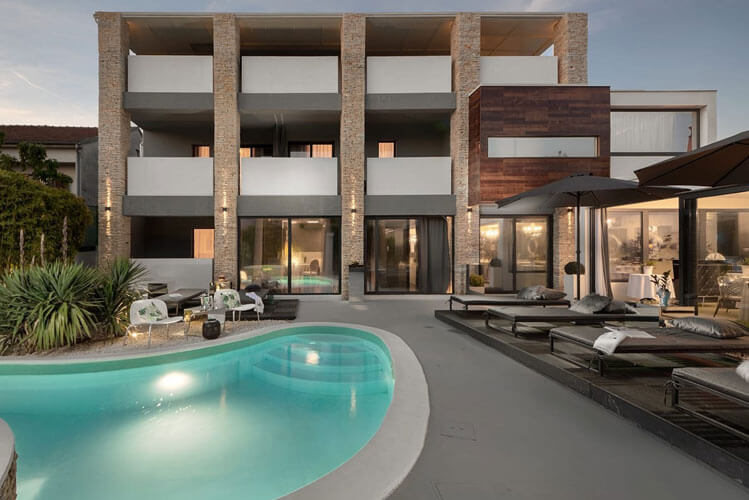 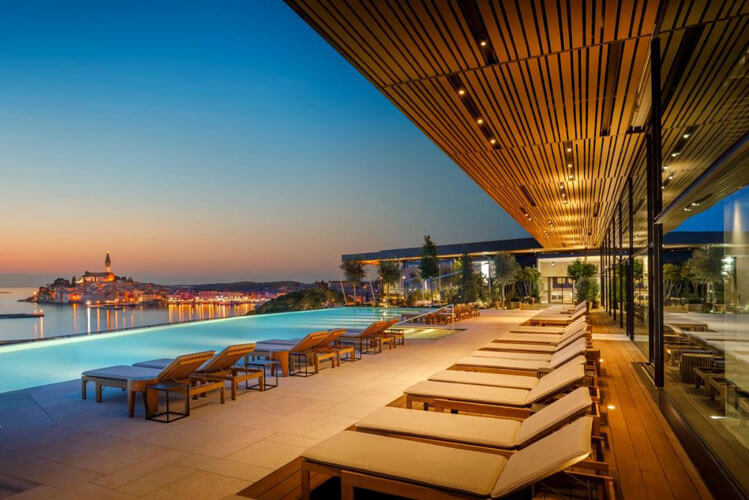