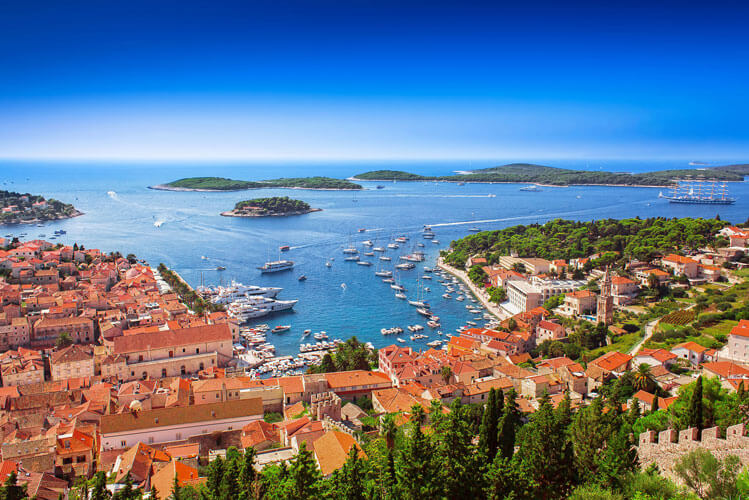 Hvar Island reels with unique architecture, cool, welcoming landscape, and an interesting, rich history that you may not get anywhere else. If you are looking for an unforgettable vacation destination, consider visiting Hvar Island or other surrounding towns like Stari Grad.

This island boasts of modern and antique, serving you the best of the two worlds. It is also a place where you can enjoy the best of pristine beaches or the peace of being alone in secluded bays if not, dancing away the night at a nice nightclub.

Hvar – The Best Island In The World

Conde Nast Traveler Magazine named Hvar island the top vacation destination in Europe for 2021. This magnificent island is located between Korčula, Vis and Brač off the dalmatian coast. Due to its location along the trade routes, it has had inhabitants over centuries. Archaeologists have unearthed many artifacts and remain that showcase different times and ages in the island's history.

Hvar town is the administrative capital of the island and one of the most popular vacation destinations in Croatia. Its Mediterranean allure and rich cultural heritage attracts thousands of tourists each year.

Just take a stroll in the streets of the city to view its historical buildings. Then rest for a cup of refreshing coffee at Dalmatia's largest square before mingling with the locals and enjoying some Mediterranean treats.

Apart from cuisine and cultural heritage, this destination is popular for its warm weather throughout the year and breathtaking landscape. From its picturesque, pristine bays and beaches to friendly people, its virgin nature, lots of wine, olive trees, and lavender's lingering scents will make you fall in love with the city.

The Rich History Of Hvar

Hvar is said to have been occupied as early as 6000 BC. It has hosted Greeks, Romans, Syrians and French, among others. You will find lots of artefacts, buildings and ruins that testify to the presence of each of the groups at some point in history.

One of the leading attractions, Stari Grad, is said to have been established by the Greeks in 384 B.C. It is one of the oldest towns in Croatia and Europe. Stari Grad preserves lots of amazing evidence of early Greek history such that it was made a UNESCO World Heritage Site in 2008.

Another popular historical site is the Grapčeva cave. The cave holds secrets of the local culture and ways of life. Archaeologists believe that the location was used to perform rituals. It also shows visible traces of the neolithic period of the civilization, including drawings of the ancient ships, one of the oldest in the world!

The fort Fortica (Španjola) and the villages Velo and Malo Grablje in Hvar town have been around since the 16th century and the Franciscan monastery dates back to the 15th century! Therefore, they have a great wealth of historical information.

The rocky islets of Pakleni Islands, on the coast of Hvar are a beautiful archipelago that you can visit with a boat ride. Many tourists take a day trip to the location to enjoy snorkeling, breathtaking beaches and relax at some of the best beach clubs in Croatia.

Just on the other side of Hvar Strait, is home to many more pristine beaches, picturesque coves, and a stunningly beautiful landscape. Pakleni Islands is a great place for basking in the Mediterranean sun, exploring its bays, swimming in aqua, clear Adriatic waters, and having a great time mingling with locals. No wonder it is one of the most popular destinations in Hvar.

The Pakleni archipelago extends about 10 km (6.2 miles) and comprises 14 islets, with the most popular ones including Jerolim, Marinkovac and Sveti Klement.

Sveti Klement Island is the largest of the three popular islands in the archipelago. It hosts some of the best settlements, bays, and the Palmizana beach (which is the most famous of the beaches in southern Vinogradisce Bay) with many restaurants and bars.

Marinkovac Island is the second-largest islet in the archipelago and a renowned home of contrast. It boasts of the beautiful Ždrilica and Mlini, family-friendly beaches on one side and the Stipanska Bay, which hosts Carpe Diem, the most popular beach club in Hvar, on the other side. This island is a favourite with clubbing tourists as it comes to life after dark. It hosts some of the best parties in Hvar and is a great location to have fun.

Jerolim is the nearest island to Hvar and one of the most popular nudist beaches. It is home to Kordovon beach, one of the oldest Adriatic FKK beaches in Europe, established in 1950. It was voted the most beautiful nudist beach in Europe by CNN.

The Island boasts of a winemaking history that dates back to the ancient Greeks, who planted vines in 384 B.C at Stari Grad plains, now a UNESCO World Heritage site. You will find vineyards across the island, each nurtured to produce the best grapes for the wine. It has kept the tradition over centuries and perfected the art of making quality wines. Its wineries include Zlatan Otok in Sveta Nedjelja, a small bar across the island, Duboković, located in Jelsa, which creates the traditional Croatian konoba Caric located in Vrboska, known for its lovely wine cellar and garden.

You will also be amazed by vines growing from stone on steep slopes and the UNESCO heritage site will linger in your memory years after visiting the destination. Although unknown to many, the strong wine history has made Hvar an island of wineries. Why don't you try some of the popular ones in the area?

The white wine variety is the most popular on the PRC island in Hvar, usually at Suuraj, on the southeast side of Hvar. These scarce wine vineyards are popular across the island and produce lots of valuable wine as it is not common around the world. White wine is a full-bodied drink with an intense flavour and sparkling golden colour. It pairs well with fish and white meat.

The name Bogdanuša comes from Stari Grad plain. The name means 'A gift from God'. This wine is dry and has a sparkling golden color like many others in the area. This wine is only produced in this area. The Bogdanuša variety grapes make a sweet dessert wine called Prošek, a combination of various grape varieties. One popular variety is Maraština, which is spread across the Dalmatia region.

Darnekuša is an indigenous but less popular Dalmatian grape variety commonly blended with Plavac Mali. The red grape is only cultivated in Hvar. A similar variety is only found in Vis, which makes it scarce. Both varieties are large, dark and sweet. They make wine that is full-bodied, dark red and fine. These grapes are grown on the steep slopes of Hvar, which makes them hard to harvest.

White wine originated in Korčula island but quickly spread across Hvar, where it has been grown over centuries. It is known for its unique flavour and fruity taste. This makes the wine have a refreshing taste and an authentic character. You can try one of the popular wines of this grape, premium Pošip, the Zlatan Otok's favourite. It is straw-golden in colour, bright, hard and dense in the glass.

Plavac Mali wine is one of the most valuable red wine varieties and is very popular in Croatia. This wine is made from grapes exclusively grown in the country's southern region, where there is abundant heat and sunny hours.

The wine is like Zinfandel, a popular variety that comes from California. It has a strong and rustic taste that pairs well with red meats.

Six Things to Do in Hvar

Hvar is a hub for great dishes, historical excursions, amazing culture and wines. You can enjoy many activities around the Hvar town area and adjacent islands.

Hvar's signature dish, Gregada – a stew of fish, potatoes, onions, garlic made with high-quality olive oil – is best enjoyed in the historic Venetian setting of Giaxa. Giaxa is named after the Jaka family who had occupied this 15th-century palace.

Escape the hustle and bustle of Hvar town harbour and travel to a deserted island that is 42 miles long. It is only populated with long stretches of lavender fields and pine forest.

The occupants of Humac left over a century ago. However, it welcomes visitors across the year. On its Patron Saints Day on June 26, Konoba Humac serves the visitors some classic Dalmatian dishes by candlelight. The dishes are cooked over an open fire. You get to sample fish, lamb and white meat. This rustic island is located 8km east of Jelsa, off the bumpy road towards Suuraj.

Discover The First Civilisation in Croatia

Take a walk around Stari Grad, Hvar's main port and the oldest town in Croatia. The Greeks established it in 384 B.C. The community around the harbour was called Pharos. You can find ceramics, coins and stonework from the Greek era on display at Stari Grad Museum.

The museum is housed on Bianchini Place, a neo resistance house established in 1896 by the sons of a merchant shipowner. Here, you will also find material discovered from a Roman shipwreck in an adjoining room.

Learn about the Croatian Renaissance

One of the fortresses in the town, the Tvrdalj, located on the seafront at Stari Grad, was built by Renaissance poet Petar Hektorovi. It was a fortification to thwart a possible attack from the Turks. Fortunately, the Ottoman Navy was halted the attack months before the poet died in the Battle of Lepanto that happened in Corfu around 1571. However, Hvar had been raided in the earlier summer holiday.

This fortification remains even today, has been well-preserved over centuries. It has a sea-water fish pool surrounded by awesome vaulted arcades, a walled garden, and a dovecote. This aesthetically pleasing historical building was able to sustain residents of this area as the attack persisted.

The Veneranda nightclub, where Prince Harry famously threw a few shapes before plunging deep into the pool, makes it a unique location set in the Venetian fortress that overlooks Hvar Town. Veneranda features local performers and D.J.s and the occasional international artists, such as the Havana Social Club, who performed here in 2016. It is only a short distance from the main square and offers lots of space to let your hair down – away from the paparazzi who frequent the harbourside VIP spot at Carpe Diem.

Grapčeva Špilja, discovered in the first half of the twentieth century, is one of the best-preserved Neolithic cave dwellings. It has dramatic stalactites and stalagmites and looks exactly like it did 3,000 years– the oldest human remains discovered here date back to 4,000BC. Located within walking distance from the deserted hamlet of Humac, this cave is only open to visitors who book a guided tour. 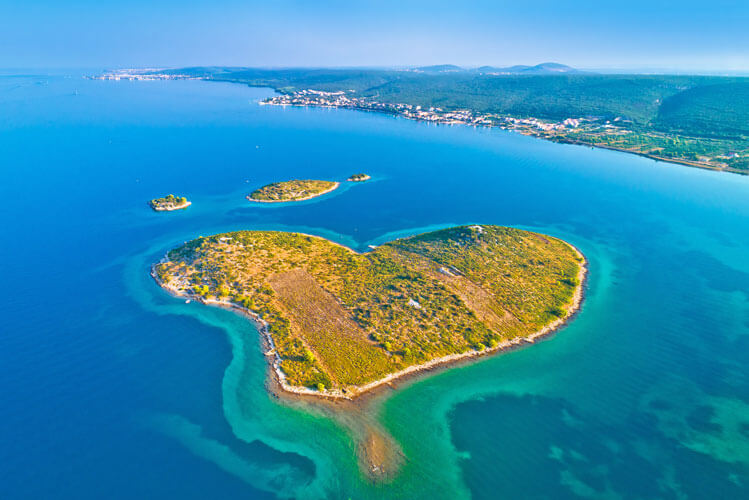 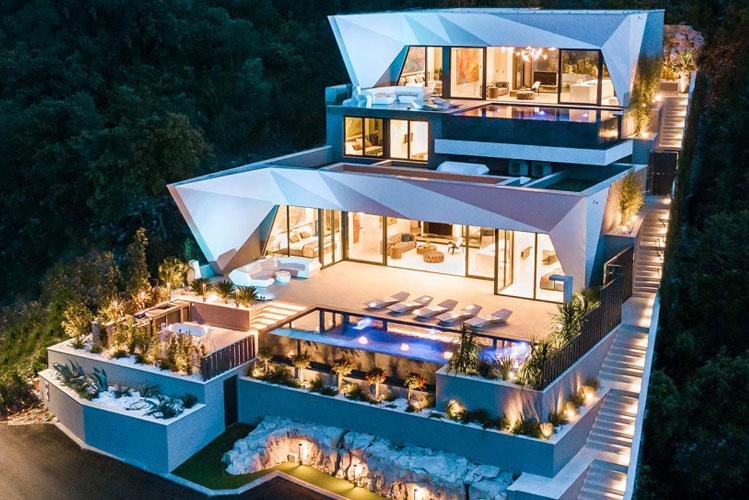 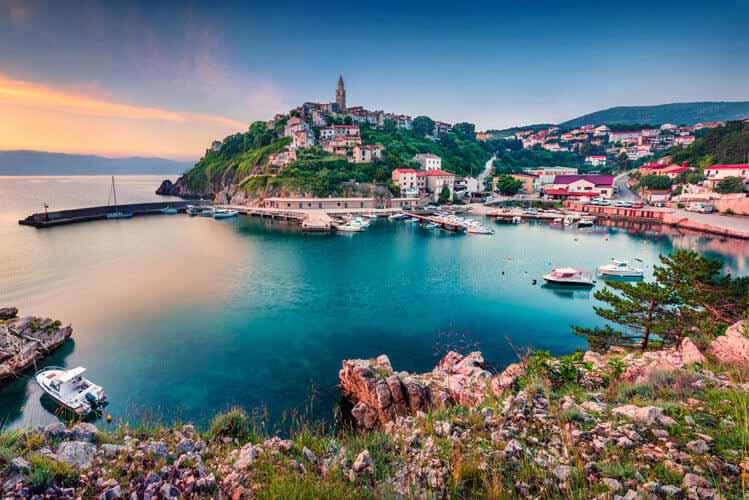 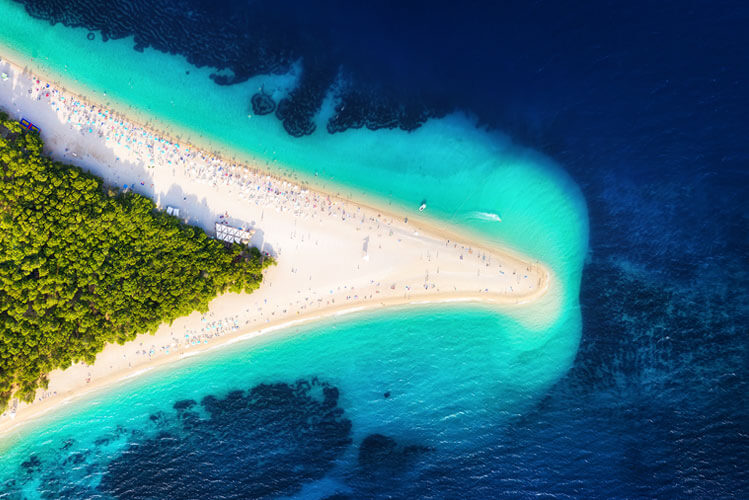