10 Beautiful Churches and Cathedrals in Croatia you should know about 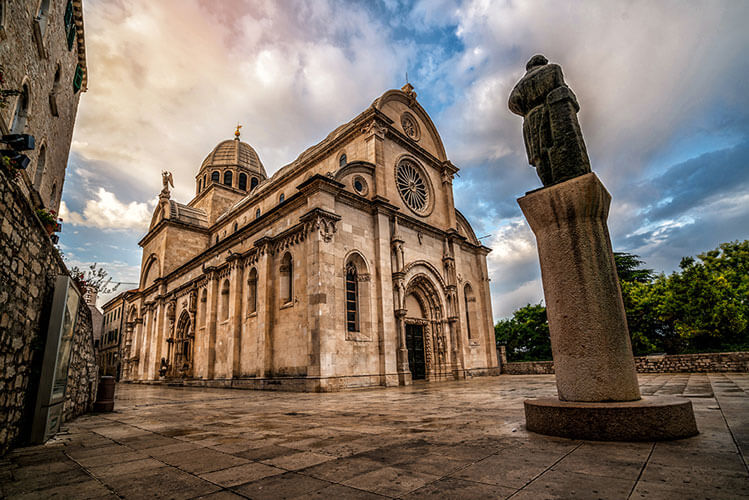 Croatia is endowed with magnificent scenery, both in natural features and architecture. The country’s spectacular natural features like the secluded beaches on the Adriatic Sea and the Plitvice Lakes National Park are popular tourist destinations. Equally, the country’s urban centers offer visitors amazing experiences, from the restaurants serving the best Croatian wine to fantastic museums. Croatia also has a rich catholic history; hence, it is home to magnificent churches and cathedrals with fascinating histories and treasures. This article provides a guide on ten beautiful churches and cathedrals in Croatia you should visit on your travels.‍

The Zagreb Diocese was established in 1094 by King Ladislav and is one of the largest sacral establishments in Croatia. This 108-meter-high building is among the most valued monuments of the country’s cultural heritage.  The cathedral is a beautiful archetype of the neo-Gothic style and is undergoing restoration, nonetheless, its entire structure is breathtaking.‍

The St. James Cathedral is a beautiful paradigm of three distinct architectural styles: Renaissance, Gothic, and their mixture. This is because it was built in three separate phases for over a century. It poses as the most noteworthy architectural milestone during the period of the 15th and 16th centuries in Croatia. The St James Cathedral has been included as one of UNESCO’s world cultural heritage.‍

The St. Donat Church was first cited in the 10th century by the Byzantine Emperor Constantine Porphyrogenitus in his manuscripts. The church is a renowned establishment in Croatia and among the paramount pre-Romanesque churches in Europe. Its one-of-a-kind whooping cylindrical form is a breathtaking architectural blueprint.‍

The St. Lawrence Cathedral was founded in the 13th century and is designed in baroque and Romanesque designs. It is a UNESCO protected world heritage and one of the eminent monuments of Trogir. It boasts of one of the most spectacular bell throughout the Mediterranean coast which is 47 meters high. Its main gate traverses Radovan’s portal, which is an art masterpiece sculpted in 1340.‍

The Church of St Peter and St Paul is a multi-tiered 90-meter spectacle in the city of Osijek. It is a neo-Gothic structure with a capacity of more than 3000 people. The cathedral was built in 1898 under the directive of the Bishop of Đakovo Josip Juraj Strossmayer and it is among the tallest buildings in Croatia.‍

The church of St Mark is thought to have been built in the 13th century because of a Romanesque window discovered on its southern front. It was fundamentally reconstructed in the last half of the 14th century and transformed into a three-nave type late Gothic structure. The tiles on its roof are designed to symbolize the coat of arms of the Triune Kingdom of Croatia, Zagreb, Dalmatia and Slavonia.‍

Venetian artist and architect Marino Gropelli built the church of Saint Blaise in 1715. It was established on the foundation of a defective Romanesque medieval church. Its interior decoration is done in baroque style, and the main altar displays a statue of Saint Blaise created in the 15th century by an anonymous local artist.‍

The Cathedral of Saint Domnius originated from an aristocratic Roman mausoleum and is locally known as Katedrala Svetog Duje. The original mausoleum had a bell tower which was specifically dedicated to Saint Domnius whereas the church is solely devoted to the Virgin Mary and the bell This Cathedral, which was ordained in the 7th century AD, is considered the oldest cathedral that is still in use in its primary form and model without renovation.‍

The Church of St Euphemia was founded on the remains of older sacral structures in 1736. The remains of Saint Euphemia are conserved in a Roman sarcophagus since the sixth century. The church is home to multiple works of art and treasures, including paintings dating back to the 16th and 17th centuries and statues from the 15th century, among others. Its 60-meter-high bell tower, was built during 1654-1680 by Antonio Manopola. The tower is similar to the tower of St Mark’s Basilica in Venice. The statue of Saint Euphemia serves as a wind vane on top of the bell tower.‍

The Cathedral of St. Mark, also called Korčula Cathedral, is located at t the front line of the city abreast the peninsula. It was established by locals from the fifteenth century until the mid-sixteenth century, and an organ was placed it the cathedral in 1557. 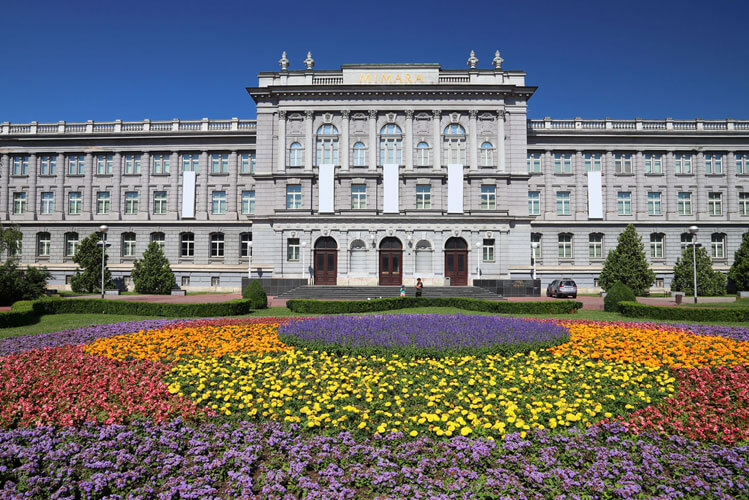